Would you like to switch to the accessible version of this site?

Don't need the accessible version of this site?

Dr. Brayn Glass grew up on a farm outside of Gonzales, graduating from Gonzales High School in 1975.  He received a B.S. in Poultry Science from Texas A&M University in 1979 prior to going to veterinary school.  He received his D.V.M. from Texas A&M College of Veterinary Medicine in 1982, and thereafter went to work as a veterinarian at Caldwell Veterinary Clinic in Caldwell, TX.  After practicing there for approximately one year, he came back to Gonzales to open Guadalupe Valley Veterinary Clinic with Dr. Kenneth Gottwald on February 20, 1984.

Dr. Glass is a member and past president of Gonzales Rotary Club, a former board member of Gonzales Farm Bureau, and a member and deacon of First Baptist Church of Gonzales.  He has also been a director and past president of the Gonzales Livestock Show Association and is a member of AVMA and TVMA.  He currently serves on the Bovine Committee of TVMA.  He enjoys spending time with his wife, Celia, their children, and grandchildren as well as hunting, fishing, and tending to their cattle.

Dr. Kenneth Gottwald grew up in Harwood and is a 1973 graduate of Gonzales High School.  He has Bachelor of Science degrees in Animal Science and Veterinary Science and received his Doctor of Veterinary Medicine degree from Texas A&M University in 1980.  Dr. Gottwald was a partner at Gonzales Animal Clinic for three years prior to opening Guadalupe Valley Veterinary Clinic. 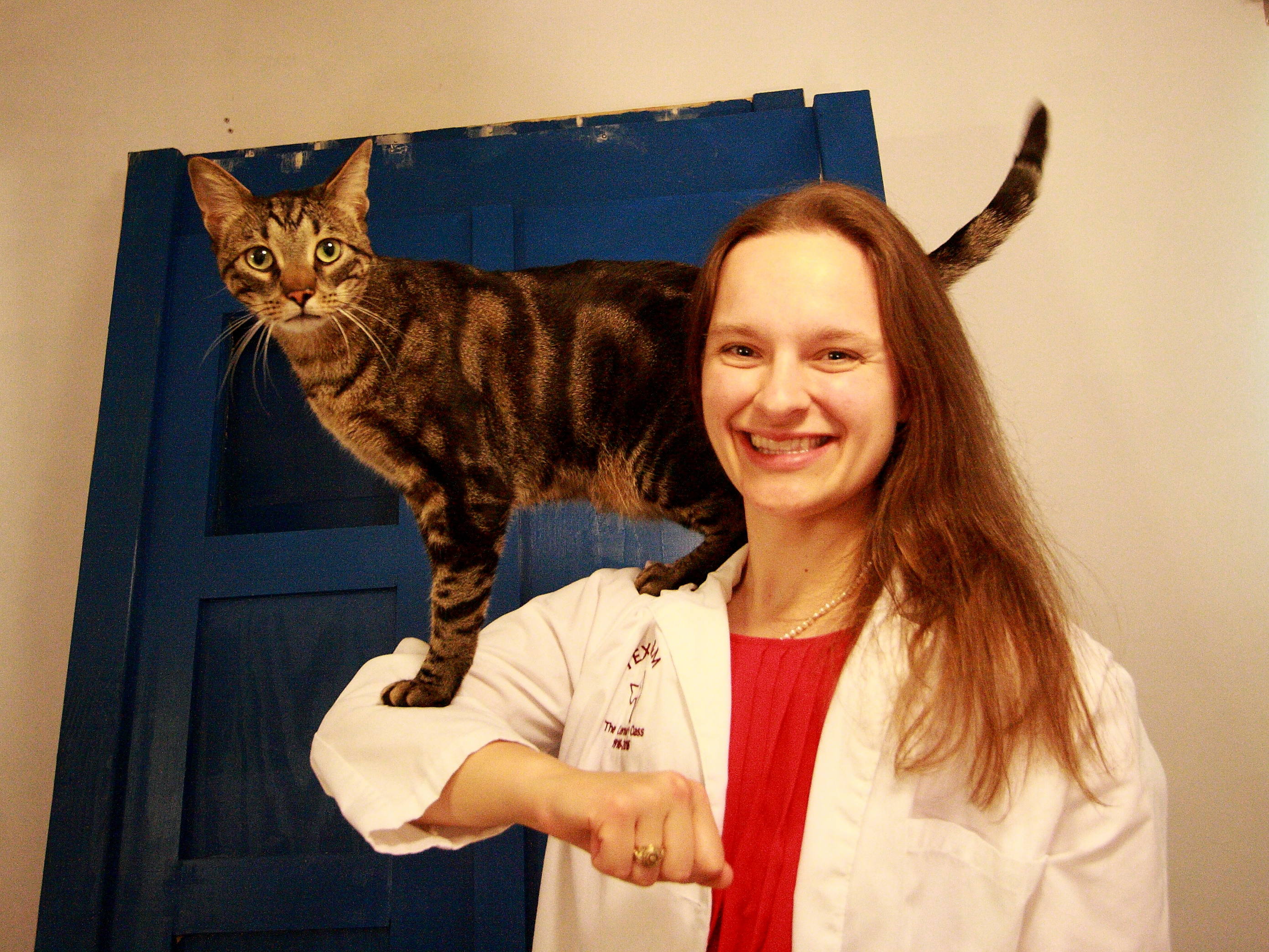 Dr. Kathleen Gerdes graduated from the University of Alaska Fairbanks in 2012 with a Bachelors of Science in both Mathematics and Biological Sciences. Afterwards, she received her DVM from Texas A&M University. While she is from Fairbanks, Alaska, she decided to stay in Texas to continue working with cattle and horses. She is a member of Gonzales Noon Lions Club, AAEP, and AABP.  Outside of veterinary medicine, Dr. Gerdes enjoys fencing, curling, ultimate frisbee, two-stepping, and spending time with her dogs Lemma and Joy and her cat Axiom.

Dr. Katelyn Shaak graduated from Texas A&M with a BS in Animal Science in 2015 and then again in 2019 with her DVM. She then returned to Gonzales county to practice veterinary medicine. She is very excited to be near her family ranch in Nixon, TX. Outside of the clinic, Dr. Shaak likes to spend time riding her horse, tending to her family’s cattle, baking, and playing with her dog, Zoe.

Dr. Kay MacKinnon graduated from Kansas State University in 2015 with a Bachelors of Biological Sciences with a Minor in Animal Science. Afterwards, she received her DVM from Kansas State University in 2019. While she was born and raised in Kansas she decided to move down to Texas for warmer winters! Dr. Mac enjoys working with all creatures great and small. She is a member of the AVMA, TVMA and AABP. Outside of veterinary medicine, she enjoys doing yoga, paddle boarding, SCUBA diving, riding her horse when she's home, and spending time with her dog Koda.

Find us on the map

Read What Our Clients Say